Skip to content
The term makeunder often brings to mind simplifying and paring away unnecessary clutter. And this is generally the idea. But a conversation with a friend brought to light a distinction within that definition which I can only describe using an example I learned from a Mexican executive at a business conference in my previous life as a business student.

My friend pointed out that while I don’t have much “stuff” in my apartment, he actually has even less. I own a fair amount of artwork and decor elements like vases and trays, he has none of these things. So literally, it could be said that he was doing a better job at making under than I. And when it comes down to a personal inventory, he is probably right. His sheer volume of items is less than mine.

To explain the difference between our apartments, I will use two Spanish terms I learned in the conference room four years ago. Simple in Spanish as I was told, is bare, raw, unrefined, and primitive. A warehouse is often this way, the purpose is utilitarian without any other consideration. Though it is not entirely the case, in many ways, my friend’s space is like this. 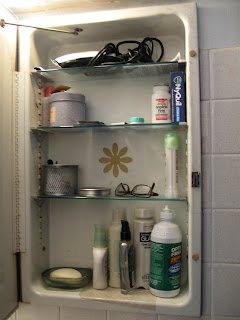 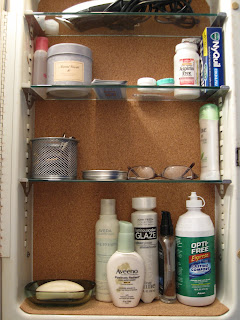 Sencillo on the other hand, is another Spanish word for simple with an entirely different slant. Sencillo is intentional simplicity. Refined, developed, elegant restraint. A perfect example of my interpretation of these two terms can be seen in my earlier Before and After Medicine Cabinet post. The “before” medicine cabinet served a purpose; to hold my bathroom products, but there was no intention or thought involved. The “after” medicine cabinet served the same function but had a more pleasing backdrop and overall aesthetic.

So the lesson I keep in mind when making under is to make intentional choices to include or exclude things based on their ability to improve my life and experience. To live a sencillo life.

Update: Thanks, Maho, for the spelling correction. 🙂

100 kisses giveaway over at ensalada